This is the Link to our Storefront

I do not post very often but I had to share my thoughts today.  Citibank announced that it would impose restrictions on gun sellers that use it's services.  Here is a link to the NY Times story https://www.nytimes.com/2018/03/22/business/citigroup-gun-control-policy.html.

Citibank recently announced that it would impose its own arbitrary restrictions on its customers that sell guns.  These gun related businesses are following all state and federal laws but Citibank has decided to impose its own restrictions.  Politics have no place in business.  I searched my wallet and discovered that the only Citibank card in my wallet was my Home Depot card.  I promptly closed my Home Depot Card (administered by Citibank).  I will also not do business with Home Depot in the future as long as you have a relationship with Citibank.  There are plenty of other choices in home improvement retailers.

Brian
Posted by Sunflower Ammo.com at 5:34 PM No comments:

Vote like your freedoms depend on it. Vote freedom first! #NRA #DefendtheSecond #2A #guns
A photo posted by The official NRA Instagram (@nationalrifleassociation) on Nov 4, 2016 at 10:31am PDT


Posted by Sunflower Ammo.com at 6:49 PM No comments:

Frame the Gun Debate with Facts

In the coming days there will be discussions and proposed changes to firearm regulation in the United States.  I find that most government regulations are driven by good intentions but so is the road to Hell.  The gun debate is driven by the good intention of reducing the murder rate in the US.  Unfortunately, historical data shows us that gun control has little or no effect in reducing crime.  Taking guns out of the hands of law abiding citizens does not reduce crime.

Posted by Sunflower Ammo.com at 12:51 AM No comments:


Hopefully this data will help you choose the optimum bullet weight for your rifle.

We were able to get our hands on a few British Berkefeld LP2 water filters so get yours while they last.  Each LP2 comes with two 7" Supersterasyl ceramic filter elements.  The LP2 upper unit can be stowed in the lower unit for storage or transport.  This is the perfect low cost "Berkey" when you wife will not let you keep your homemade bucket filter on the kitchen counter.  At $139.99, this is one of lowest price Berkey water systems anywhere! 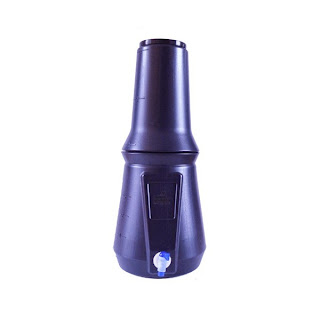 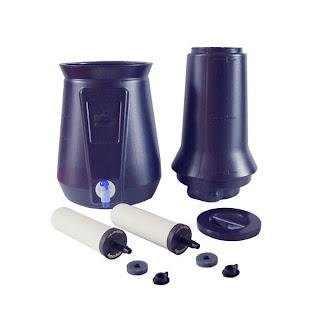 We just added a product review function to our website.  We will be selecting the best product review each month and awarding a prize to the reviewer.  The prize at the end of September will be a FOURSEVENS t-shirt.
Posted by Sunflower Ammo.com at 12:39 AM 1 comment:

Lindon Farms Fruit 150 serving, Fruit 300 serving, Veg 160 serving and Veg 320 serving buckets are 25% off our already discounted prices thru 6/1/12 in honor of our veterans.  As always, we offer free shipping on all of our free dried food products.

Posted by Sunflower Ammo.com at 1:10 AM No comments:

We stock Mo-Rod Ruger Mini barrel stabilizers and the Mo-Reaper muzzle brake.  Save $20 by buying the Mo-Rod / Mo-Reaper Combo for your Ruger Mini 14/30/6.8. 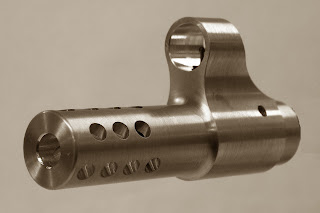 Posted by Sunflower Ammo.com at 1:03 AM 4 comments:

Kevin was the winner of the SunflowerAmmo.com photo contest.  We had a lot of great entries but Kevin's picture captured a great glimpse into our customers America. 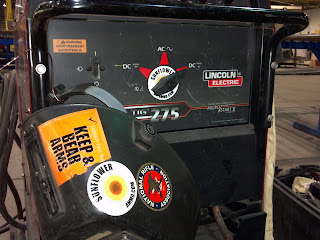 Posted by Sunflower Ammo.com at 6:35 PM No comments:

note - entry into the contest gives SunflowerAmmo.com the right to publish your picture and add you to our newsletter.
Posted by Sunflower Ammo.com at 12:31 AM 1 comment:

127 Hours - The Movie and being Prepared

I recently watched the movie, 127 Hours.  It is based on the true story of a hiker in Moab, Utah.  He was hiking alone when a rock fell on his arm leaving him trapped.  After 127 hours, he cut of his own arm in a final attempt to free himself.  He survived and went on to write a book about his ordeal upon which the movie is based.

As I was watching the movie I was more concerned with what he did wrong right and before and during his ordeal than the movie itself.  My thoughts are as follows:

Mistakes
1) Heading solo into the wilderness.  I only call this a partial mistake because I know many people love the solitude and reflection available on a solo trip.  You just have to remember that a solo trip is deadly serious and prepare accordingly.
2) He set out on a trip without telling anyone where he was going or when to expect him back.  This is critical when venturing into the wild but can be just as critical in everyday life.  Did you let anyone know the last time you took a weekend road trip?  Do you provide your spouse with a copy of your travel plans when you take a business trip?
2) Gear Quality - He broke a cheap, Chinese made multi-tool and had trouble with gear not being accessible when he was trapped.  There are certain items that have to work when needed.  A few that come to mind are firearm, ammunition, knife, batteries, flashlight, watch, compass, backpack, rope, canteen, vehicle etc.  Most of us are tempted by inexpensive gear.  Just remember to determine if that inexpensive gear is cheap.
3) Gear availability -  Some of his gear was not available for use due to how he was trapped.  He had access to most of the gear on his person.  Do not keep all of your gear in your pack.  Two is one and One is none.  Spread your gear between your person and your pack.  This rule applies everyday so keep this in mind when selecting your EDC gear and if you carry it on your person or your computer bag/briefcase/vehicle.

Positives
1) He kept a positive attitude for the most part and visualized why he wanted to live.
2) He was very resourceful in utilizing what gear he had available.  The 127 hours was spent trying to free himself multiple ways before resorting to cutting off his arm.  At one point he set up a pulley system with his climbing gear in an attempt to move the rock.

While watching the movie I thought of the "I Survived" television series on the Biography channel.  I end up going thru the same negative/positive analysis when watching this series.  The two things that stand out in every story are the will the survive and resourcefulness.  Your are going to have to be resourceful in any survival situation but the better prepared your are with gear and knowledge the better your chances of survival.
Posted by Sunflower Ammo.com at 12:37 AM No comments:

Use the Coupon Code "freebracelet" to Receive a Free Paracord Bracelet

Posted by Sunflower Ammo.com at 10:27 AM No comments:

Posted by Sunflower Ammo.com at 12:08 AM No comments:

Sunflower Ammo.com
Kansas, United States
SunflowerAmmo.com is committed to bring you every thing you need to survive and ammo to keep shooting.

Blogs/Sites that we Read